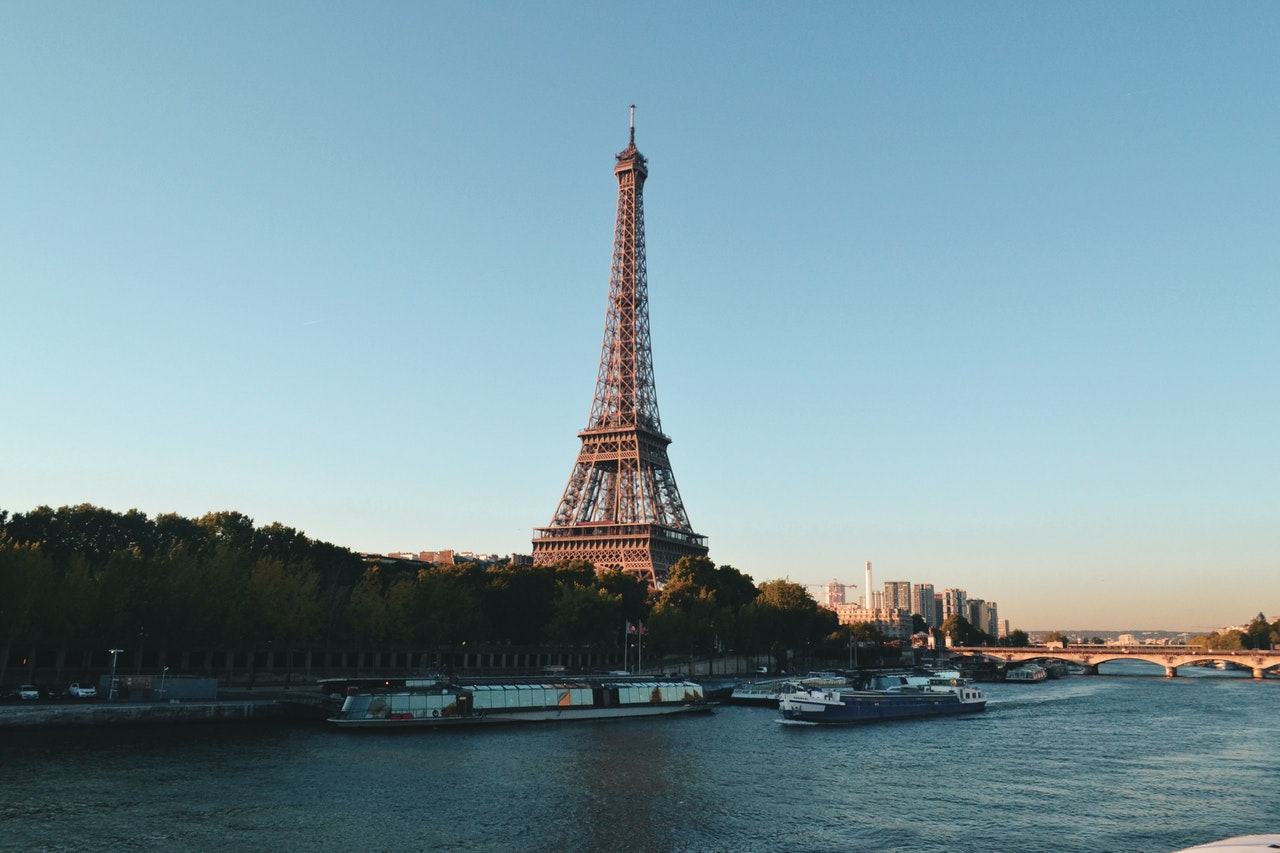 Paris is a city that never fails to fascinate. You walk through its streets and there’s simply that feeling of magic. But visiting Paris does not come cheap and there’s always that question of the best places to stay in Paris close to everything and on a budget.

We’ve been living in France for a while now and Paris is one of the most expensive cities in the country and in the world – in the same level as cities like New York, Hong Kong, and San Francisco. However, that doesn’t mean you can’t find places to stay in Paris close to everything within a small budget. This guide will go through some of the options you can consider for your trip to Paris. The featured places to stay here are all within a budget of 25 to 35 euros per person (simulated for March 2022) so they definitely won’t break the bank!

The Best Budget Hotel Near the Eiffel Tower

If you want to be near the Eiffel Tower, then Hotel Eiffel Turenne is the place to stay at. It’s walking distance to the tower and also situated 200 meters away from the Ecole Militaire Metro Station. This makes it a very accessible hotel and one of the best places to stay in Paris close to everything. The area surrounding the hotel is very walkable and there are many sights to see within the Eiffel.

In our planned trip, the price for 1 night was 69 euros for two people, so that makes it 34.5 euros per person. Imagine that! It’s simply the best budget hotel near the Eiffel Tower. The price and vicinity to such an iconic landmark is unbeatable. 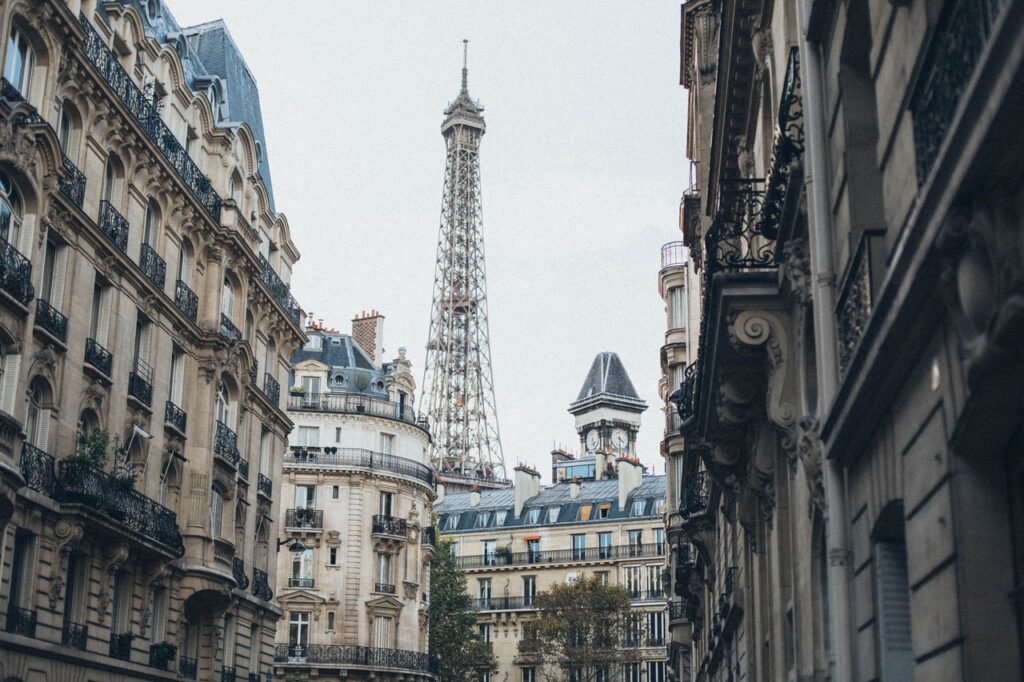 The Best Budget Hotel Near the Louvre

Are you looking to visit the historic Louvre Museum and it’s surrounding areas? Then the Louvre Marsollier Opera Hotel is your best choice. It’s located in the center of the city, in the Opera District, making it one of the best places to stay in Paris close to everything.

In our planned trip, the price for 1 night was 64 euros for two people, so that makes it 32 euros per person. To be in a central location for that price makes it one of the best places to stay in Paris close to everything and the best budget hotel near the Louvre. 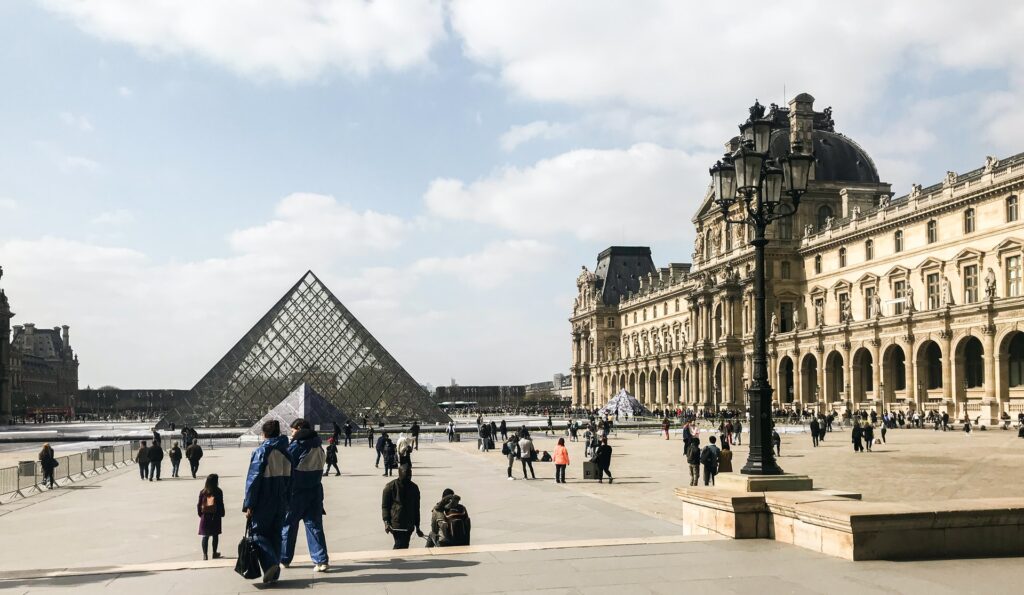 If you’re looking to stay in the historic neighbourhood of Marais district, then Hôtel De La Herse d’Or is your best choice. It’s a minute walk from Place de la Bastille and Places des Vosges. The Bastille Metro Station, which is the subway line that takes you straight to Champs Elysées and The Louvre, is also right there at 100 meters away.

The Marais district is a romantic neighbourhood full of cute cafes and gorgeous architecture that you can enjoy walking around in. Furthermore, if you walk for 20 minutes, you’ll reach the Notre Dame Cathedral and Pompidou Centre. Given the convenience and price, we think this makes it one of the best places to stay in Paris close to everything.

In our planned trip, the price for 1 night was 47 euros for two people (Early 2021 Deal), so that makes it 23.5 euros per person. It’s the cheapest of all the accommodations we found and crazy to think how affordable it is being close to everything.

Staying in an apartment hotel  is a great way to cut down on costs, as it gives you the opportunity to cook some of your meals. If this is the kind of hotel that you’d prefer but at the same time, one of the places to stay in Paris close to everything, then Aparthotel Adagio Access Paris Porte De Charenton is the right place for you.

It’s located in the 12th district which is still close enough to everything and it’s right beside Bois de Vincennes, which is a beautiful, green oasis in Paris. The Porte de Charenton Metro is also 500 meters away, making it accessible to all of the city’s famous areas.

A studio with kitchenette during our planned trip dates costed 61 euros for two people, so that makes it 30.5 euros per person. For a studio apartment, that’s incredibly affordable and you can have full control of spending on eating out by taking some of your meals in. It’s also a great choice if ever you plan to stay in Paris for a longer period of time. 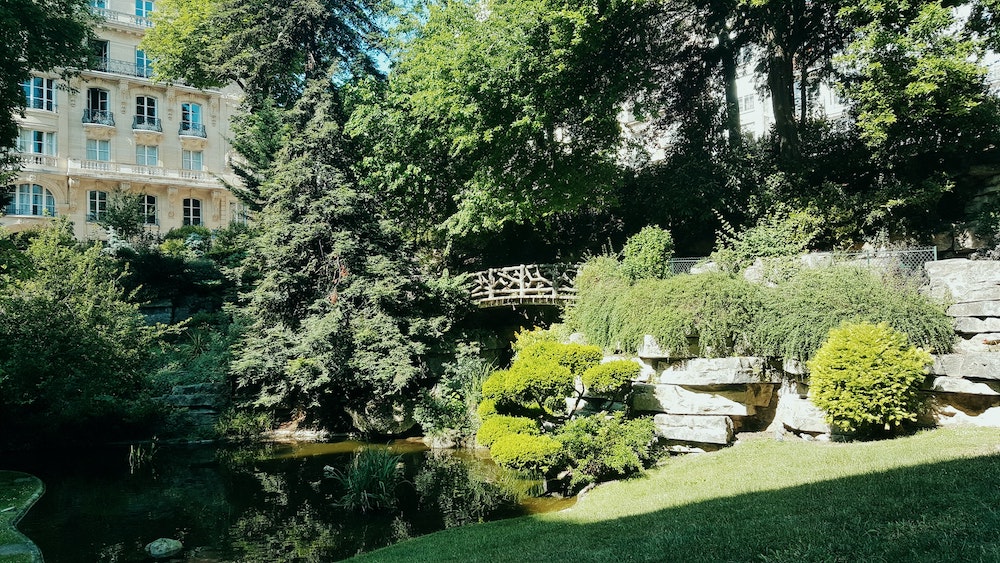 The Best Budget Alternative to a Hotel

If you don’t want to stay in a hotel, then the best alternative would be Airbnb. In fact, the last time we were in Paris we stayed in an Airbnb near Jardin de Luxemborg for around 50 euros for the two of us, so 25 euros per person.

If you book early enough and check your options well, you can really find good deals through Airbnb. You can also avail of first time booking referral deals here to lower your cost.

PLANNING A TRIP TO PARIS?
• DISCOVER THE TEN THINGS NOT TO DO IN FRANCE AS A TOURIST •

Conclusion: Best Places to Stay in Paris Close to Everything

So there you have it! We hope these suggestions have provided you with the best places to stay in Paris close to everything and on a budget of no more than 35 euros per person. Paris is a dreamy city that is in everyone’s bucket list but visiting the City of Lights is never cheap. 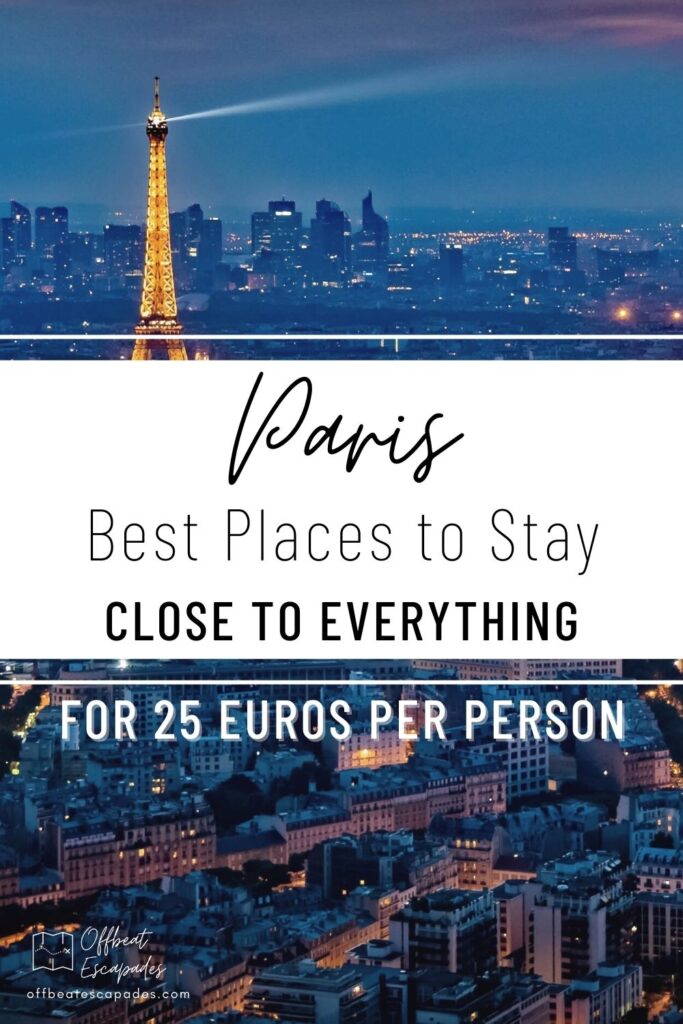