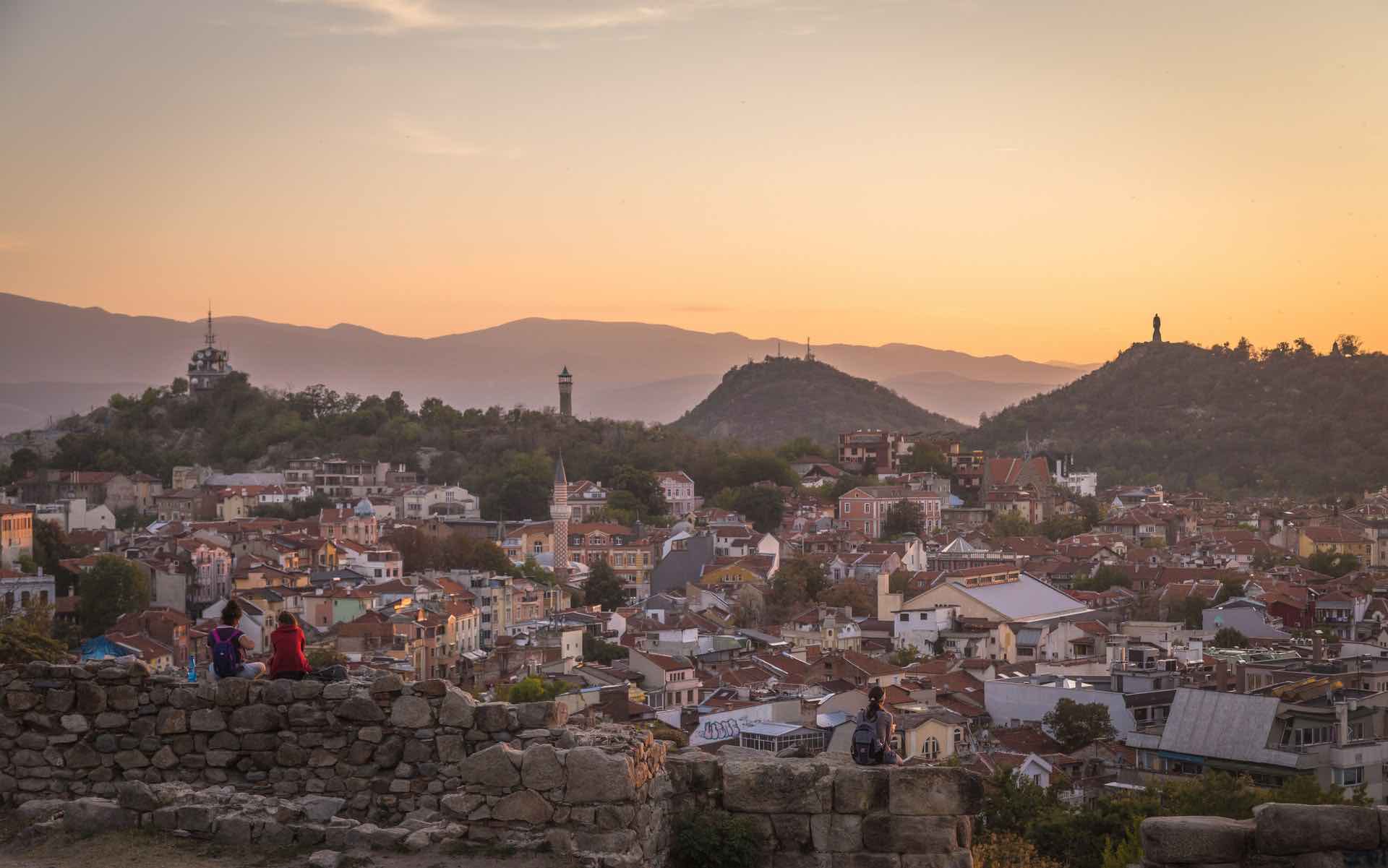 Are you currently in Bulgaria and wondering about how to travel to Turkey from Plovdiv to Istanbul? If so, this is the ultimate guide you’ve been looking for.

We will be going through all of the best ways to get from the historic and ancient city of Plovdiv to Istanbul. In this guide, we will be mainly discussing three itineraries you can choose from: by bus, by sleeper trains, and by airplane.

We also explain the advantages and disadvantages of each type of travel method so that you can make an informed decision on how to travel from Plovdiv to Istanbul. 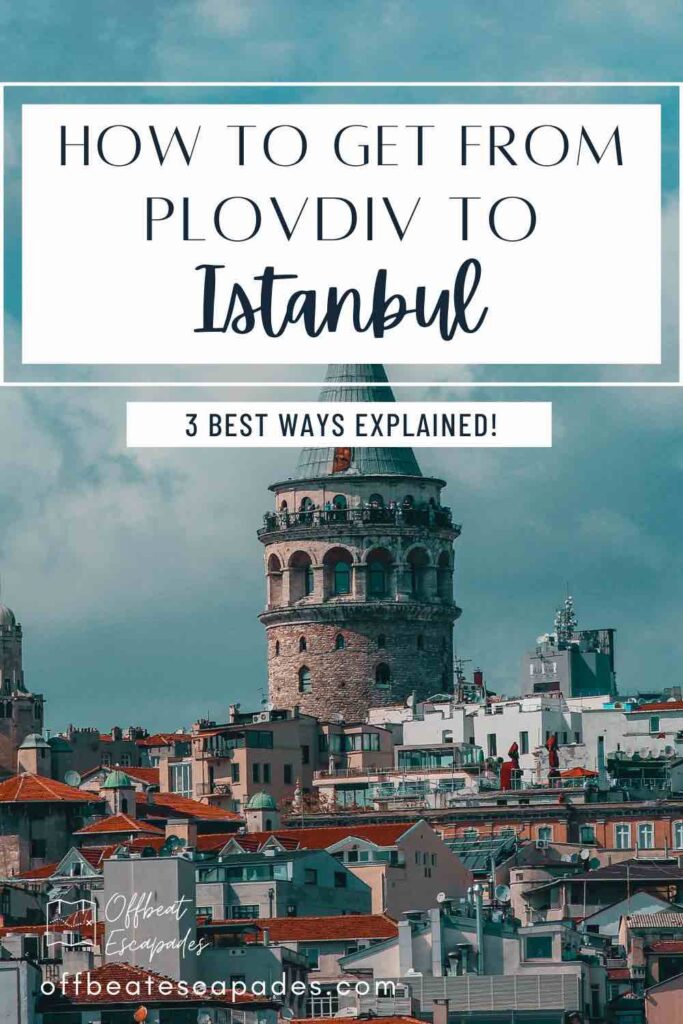 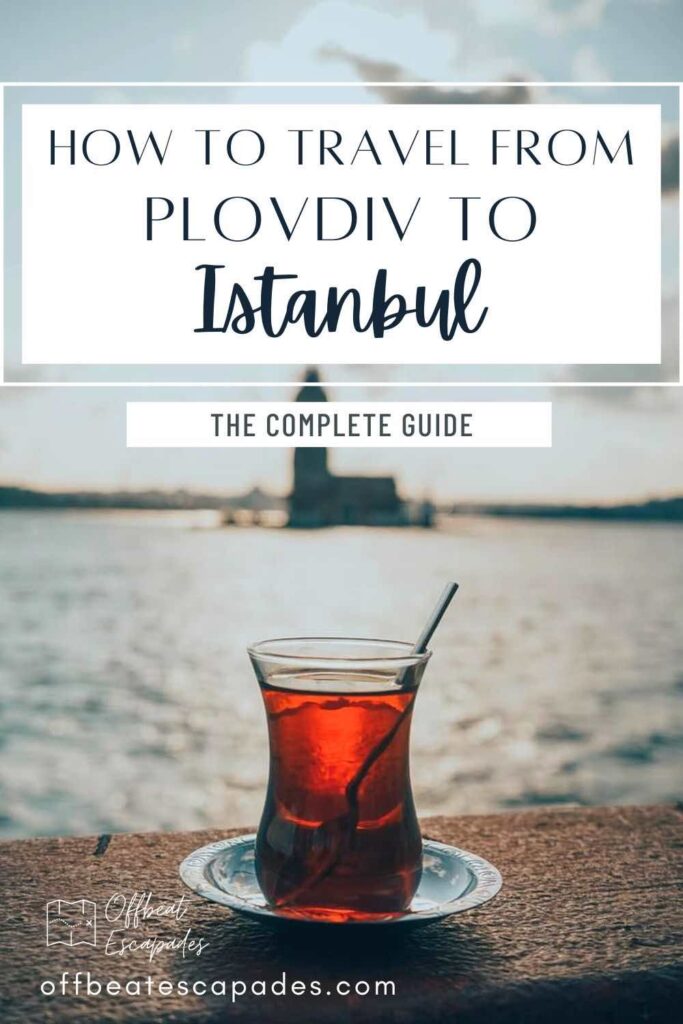 Travel from Plovdiv to Istanbul by Train

Your first option on how to travel from Plovdiv to Istanbul is by taking an overnight sleeper train. There is a train that leaves every night and the total duration of the ride is 8 hours, so you can sleep throughout the entire night.

The departure time in Plovdiv is 21:35 and the arrival time in Istanbul is 05:30 in the morning. The ticket price is 10-15 euros plus a sleeper bed with the following rates (subject to change, please verify directly at the train station):

To purchase tickets, you must go directly to the Plovdiv Central Train Station. This is also where the train departs and you will then arrive after 8 hours to Istanbul Halkali which is situated about 25 kilometres outside of the city center of Istanbul.

From Istanbul Halkali, you can then take the Marmaray suburban line in order to arrive at the city center (Sultanahmet) in 35 minutes.

Before Booking the Sleeper Train From Plovdiv to Istanbul

Before booking the sleeper train from Plovdiv to Istanbul, here are a couple of important tips you must know:

– First of all, be prepared to have fully charged phone. If possible, bring a power bank since there is only one outlet per sleeper.

– Bring your own snacks, water, and food. There is no restaurant or cafe inside the train.

– Remember that you will have to wake up in the middle of the night. There will be a stop in the Bulgarian Customs and Turkish Border for a luggage scan, passport check, and if necessary, a visa check.

Travel from Plovdiv to Istanbul by Bus

Express Buses from Plovdiv to Istanbul

Choosing the option of the bus to go from Plovdiv to Istanbul is also an affordable way to travel between the two cities.

One thing we realized is that the bus stations in Plovdiv are quite confusing. When you search in Google, there are multiple results that come up in the northern, western, and southern parts of the city.

Hence, the bus station that you should ultimately be searching and looking for is called the Yug Coach and Bus Station. One easy way to tell if you’re at the right bus station is if you can find it on the map right in front of the Central Train Station in Plovdiv.

In Istanbul, the buses arrive in Istanbul Central Bus Station or also called Otogar Bayrampaşa Bus Station. You must also know that all bus lines are air conditioned, and in the winter, they all have heaters with WiFi, television, and they even give you snacks/water.

We’ve found three main bus lines that travel from the Plovdiv to Istanbul Route as you can see detailed below:

– Huntur: Buses leave daily at 12:30am and arrive in Istanbul at 7:30 am with rates of 22 euros per person. They have great service and the WiFi actually works compared to MetroTurizm. This is personally our top recommendation as we needed WiFi as soon as we crossed the border into Turkey and left the European Union.

– Luks Yonca Seyahat: A cheaper option for the bus ride from Plovdiv to Istanbul. Buses leave at midnight and arrive in Istanbul at 6 in the morning. Rates are around 18 euros per person.

– MetroTurizm: This bus line is a popular option for locals with a bus leaving in the morning and arriving at Istanbul at night and another bus that leaves overnight similar to Huntur’s schedule. Rates for the Plovdiv to Istanbul bus route are around 23 euros per person.

Between the two bus lines, we were deciding between Huntur and MetroTurizm. We eventually discovered that Huntur’s buses were less crowded and the WiFi works well, which is super crucial for us, digital nomads, who are often working on the go.

• DISCOVER 7 BEST ITEMS TO WORK BETTER ON THE GO •

Before Booking the Bus from Plovdiv to Istanbul

Before traveling by bus from Plovdiv to Istanbul, there are several tips you must take note of:

– First of all, always charge your phone and bring a power bank. Although there are USB ports in the bus, sometimes (if not most of the time) they don’t work.

– We noticed that WiFi in the buses usually work better in the Bulgarian Border and as soon as you cross over to Turkey, it stops working. This is what happened  with MetroTurizm, so we advise you to download offline maps for Istanbul any other information you need for your trip in advance.

– You can choose to take your own snacks and food, however, the bus does stop every couple hours at a gas station for snacks and toilet breaks. The most important to know about this is that you should bring cash with you in any case that you would like to buy something.

– About halfway through your trip from Plovdiv to Istanbul, you will also have to stop at the Bulgarian Customs and Turkish Border for a luggage scan, passport check, and if necessary, visa check.

Travel from Plovdiv to Istanbul by Car

Drive from Plovdiv to Istanbul

Taking a car to travel from Plovdiv to Istanbul is the fastest way between the two cities. It is also very convenient as you can leave Plovdiv at whatever time you would like and arrive quicker to Istanbul.

By driving a car from Plovdiv to Istanbul, the route will take you around 4 to 5 hours. You have more liberty to stop whenever you want for bathroom and eating breaks as opposed to the designated stops during a bus ride, and in comparison to taking the bus or driving, the train ride is, overall, very slow.

Before Driving from Plovdiv to Istanbul

There are a couple of important tips you must know before traveling by car from Plovdiv to Istanbul:

– The roads in Bulgaria and Turkey are nothing like in Western Europe, United States, or the United Kingdom. They can get pretty rough in some areas and the ride can be bumpy from time to time. The highways can also be quite narrow so always drive with caution!

– One hassle thing about driving from Plovdiv to Istanbul are the toll fees. In Turkey, tolls are paid through a electronic system that senses the passage of a vehicle at the toll gates. In order to successfully pay and pass through the gates, your car must be equipped with an HGS tag or OGS tag.

We found this to be quite complicated so the easiest solution is to avoid tollways by inputting it in your Waze or Google Maps Drive itinerary.

–  During peak hours, Istanbul gets very traffic. As you approach the city, you may end up spending 2 hours stuck in traffic, so we recommend you plan your arrival time accordingly and avoid coming at rush hour.

– As Turkey is outside of the European Union, make sure to have all the documents you need to travel via car such as your passport and visa, if necessary. Like with the bus and train option, you will have to stop at Bulgarian Customs and Turkish Border for a luggage scan, passport check, and if necessary, visa check.

Additionally, do note that there are only a few countries in the European Union which have an agreement with Turkey that they can enter with only their National ID Card. The United States of America and the United Kingdom are not one of them.

Best Way to Travel from Plovdiv to Istanbul

So there you have it! We hope this helps you figure out the best way to travel from Plovdiv to Istanbul and vice versa, as we asked the same confusing question.

If we were to choose among all the best ways to travel from Plovdiv to Istanbul, we think that the bus is the most convenient, fastest, and cheapest option, especially if you are backpacker or digital nomad.

It’s your turn to tell us what you think! Have you ever traveled from Plovdiv to Istanbul?

How was your experience and what travel method did you use to travel between these two cities? If you have any questions, comments, or recommendations not covered in this guide, let us know in the comments below! 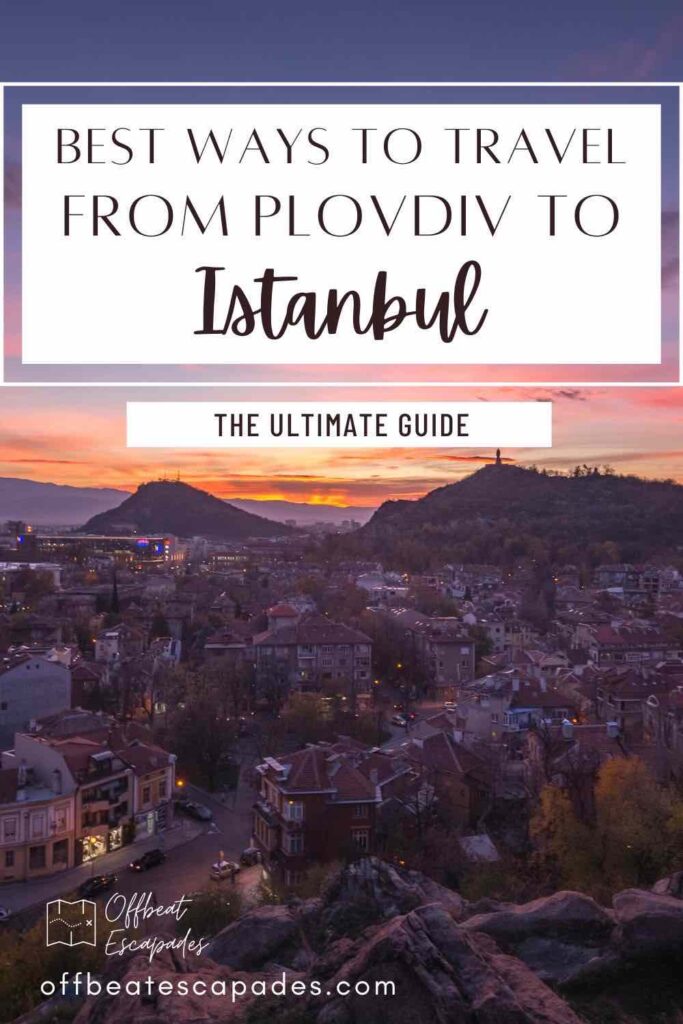 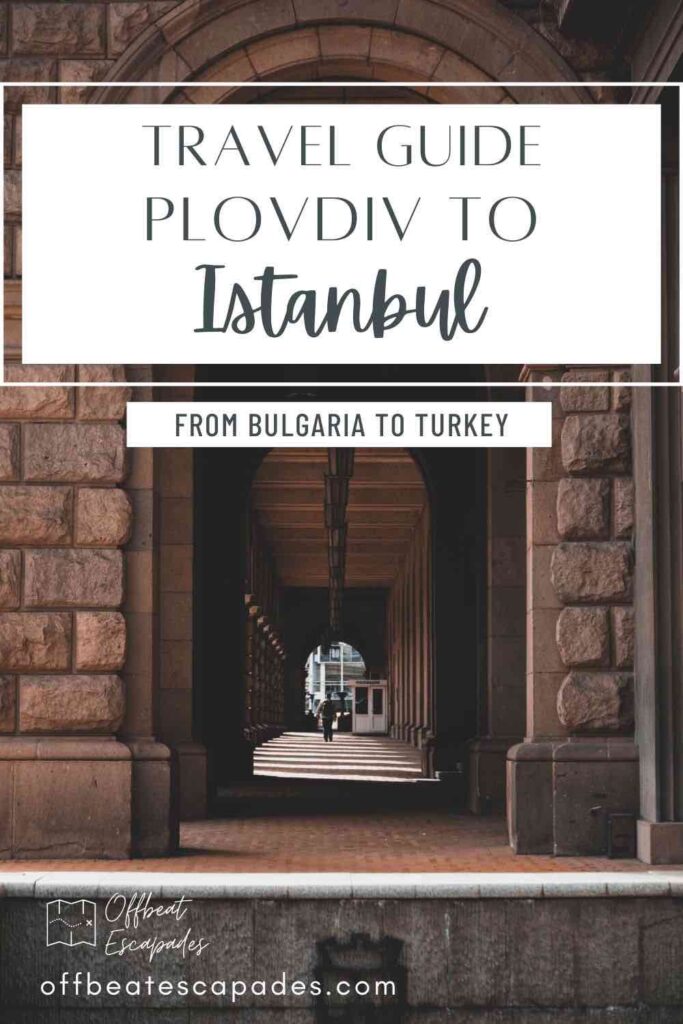 1 thought on “How to Travel from Plovdiv to Istanbul? Top 3 Best Ways Explained”