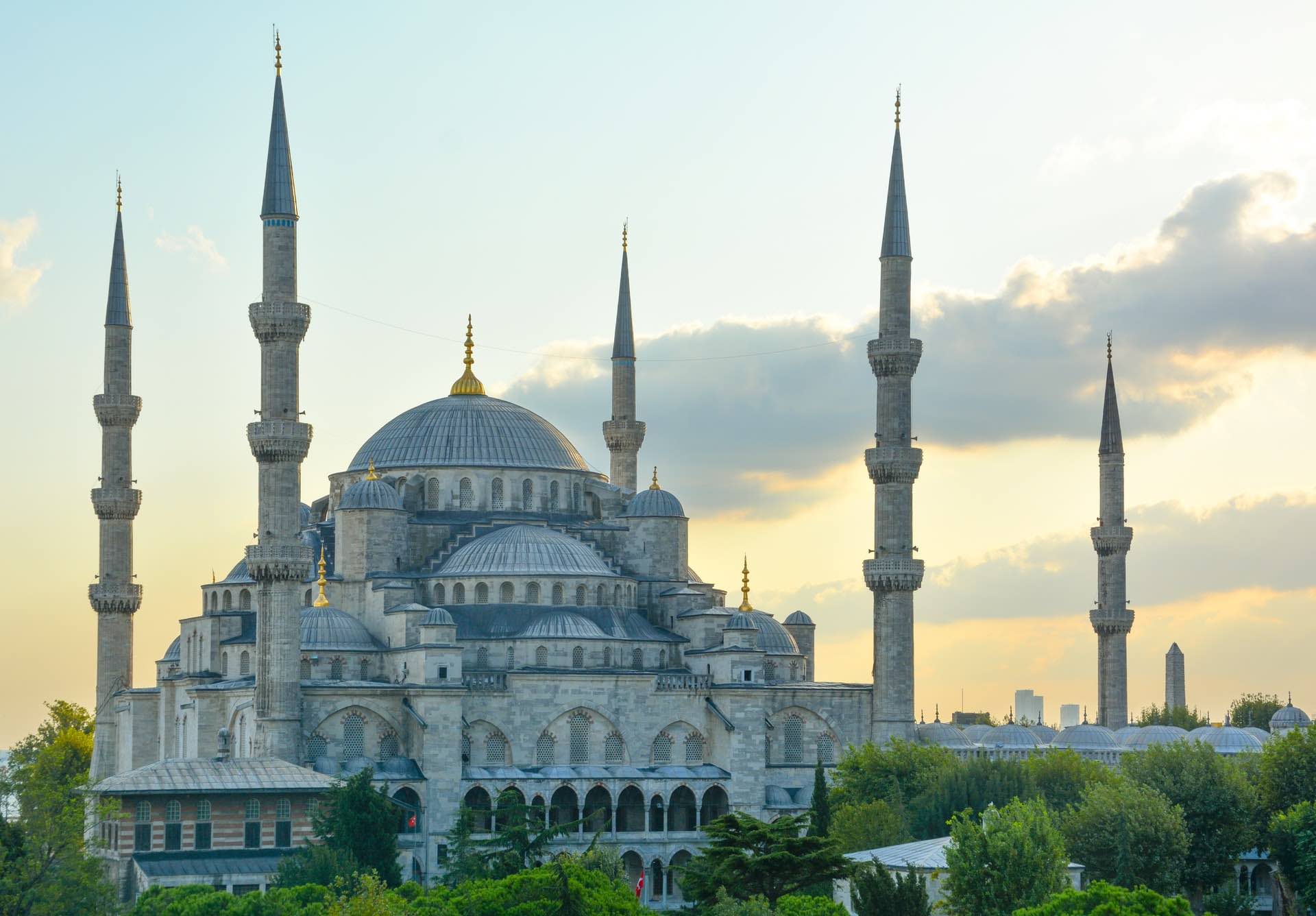 If you’re in Bulgaria and thinking about traveling to Turkey from Sofia to Istanbul, then this is the ultimate guide for you! This guide will explain all the best ways to travel from the capital cities of Sofia to Istanbul.

We discuss the three main itineraries you can take from the bus, to the sleeper trains, and finally, the fastest yet most expensive way – by airplane. We go through the pros and cons of each type of travel method so that you can have the best idea on how to get from Sofia to Istanbul. 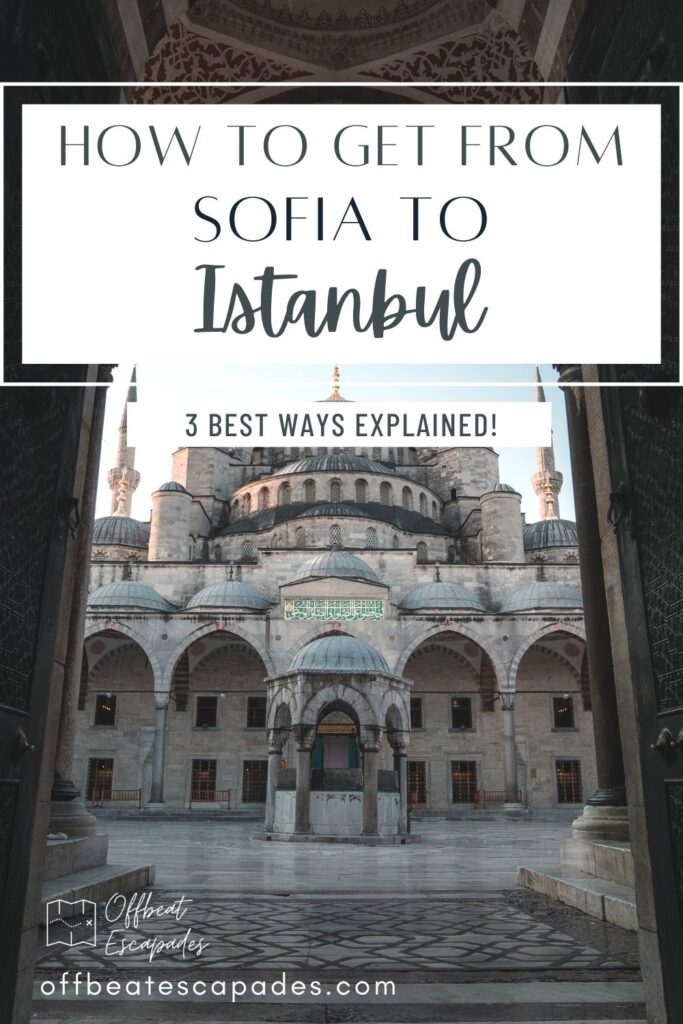 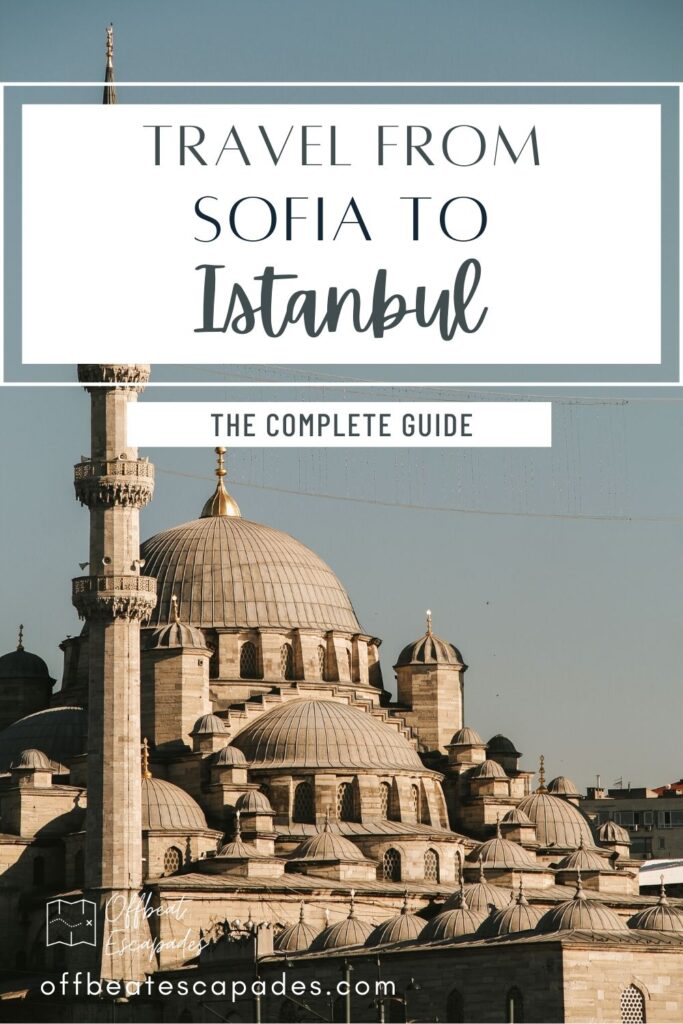 Travel from Sofia to Istanbul by Train

The first option to traveling from Sofia to Istanbul is by taking an overnight sleeper train. The trains leaves every night and you can sleep through the entire train ride, which has a duration of 11 hours. The journey by train is quite comfortable.

The departure time in Sofia is 18:30 and the arrival time in Istanbul is 05:30. The ticket price is 19 euros plus a sleeper bed with the following rates:

To purchase tickets, you must go directly to the Sofia Central Railway Station. This is also where the train departs and you will then arrive after 11 hours in Istanbul Halkali which is located around 25 kilometres outside of the city center.

From Istanbul Halkali, you can get on the Marmaray suburban line to reach the city center (Sultanahmet) in 35 minutes.

Before Booking the Sleeper Train From Sofia to Istanbul

There are a few useful tips you must know before traveling by sleeper train from Sofia to Istanbul:

– Charge your phone beforehand and bring a power bank. There is only one outlet per sleeper.

– Bring snacks, water, and food. You will not be avail to buy this in the train.

– Do note that you will probably be woken up in the middle of the night since you will stop in the Bulgarian Customs and Turkish Border for a luggage scan, passport check, and if needed, visa check.

Travel from Sofia to Istanbul by Bus

Express Buses from Sofia to Istanbul

The buses leave from the Sofia Serdika Bus Station which is just right beside the Central Train Station in Sofia. They, then, arrive in Istanbul Central Bus Station or also called Otogar Bayrampaşa Bus Station. All bus lines are air conditioned, and in the winter, have heaters with WiFi, television, and provided snacks.

We’ve found three main bus lines that travel from the Sofia to Istanbul Route detailed below:

– Huntur: Buses leave daily at 10:30pm and arrive in Istanbul at 8:30 am with rates of 25 euros per person. They have great service and the WiFi actually works compared to MetroTurizm. This is personally our top recommendation as we needed WiFi as soon as we crossed the border into Turkey and left the European Union.

– Arda Tur: A cheaper option with buses that leave in the afternoon and arrive in Istanbul at midnight, as well as overnight buses similar to that of Huntur. Rates are around 23 euros per person.

– MetroTurizm: A popular option for locals with buses that leave in the morning and arrive at Istanbul at night, as well as an overnight bus similar to Huntur’s schedule. Rates are around 25 euros per person. We were hesitating between Huntur and MetroTurizm but ultimately, Huntur’s buses were less full and the WiFi works well, which is important for us as digital nomads who sometimes have to look at emails and work on the go.

• DISCOVER 7 BEST ITEMS TO WORK BETTER ON THE GO •

Before Booking the Bus from Sofia to Istanbul

There are a few important tips you must know before traveling by bus from Sofia to Istanbul:

– Charge your phone and bring a power bank. There are USB ports in the bus, but sometimes they don’t work.

– WiFi in some buses work better in the Bulgarian Border and by the time, you cross to Turkey, it stops working like with MetroTurizm. Make sure to download offline maps, books, videos, and any other information you need for your trip in advance.

– You may opt to bring your own food but the bus stops every few hours for a toilet and snack break. Bring cash with you in these gas stations in case you want to purchase anything.

– Similar to going from Sofia to Istanbul by train, about halfway through your trip, you will also have to stop in the Bulgarian Customs and Turkish Border for a luggage scan, passport check, and if needed, visa check.

Travel from Sofia to Istanbul by Plane

Fly from Sofia to Istanbul through Turkish Airlines

Taking a flight to travel from Sofia to Istanbul is the fastest and most expensive way between the two cities. Contrary to popular belief, it is however not the most convenient as the border control and luggage security check lines can be quite long, especially in Istanbul’s New Airport.

So unless you’re in a real hurry and have an emergency, then taking the train or bus and sleeping through it is, in our opinion, the best option.

You can book cheap airport transfer (for a private group all included) to Sofia Airport from city center by following the links below.

Similarly, you can book affordable airport transfer (for a private group as well all included) from Istanbul New Airport to city center by following the links below.

Before Flying from Sofia to Istanbul

There are a couple of important tips you must know before traveling by airplane from Sofia to Istanbul:

– Speaking of city congestion, Istanbul can get very traffic. This is why taking the bus from the airport is something we don’t recommend since the bus stops often and it does not leave as frequently from the airport.

By bus, you can end up spending 2 hours on the road instead of less than an hour and you would also already need Turkish Lira to pay for the bus fare. They don’t accept card in buses unlike in the subway stations or train stations of Istanbul. Private transfers are already cheap anyway so we recommend to take this method instead.

– As Turkey is outside of the European Union, make sure to have all the documents you need to travel such as your passport and visa, if necessary. There are only a few countries in the European Union which have an agreement with Turkey that they can enter with only their National ID Card. The United Kingdom and the United States of America are not one of them.

Best Way to Travel from Sofia to Istanbul

After researching all the different ways we can travel from Sofia to Istanbul, the bus method is personally what we used and it costed us no more than 30 euros. Plus, we love how it’s overnight so you can sleep through most of it, save on a nightly accommodation, and arrive by morning from Sofia to Istanbul.

What about you? Have you ever traveled from Sofia to Istanbul? How was it like and what travel method did you use? If you have any other questions or suggestions that has not been covered in this guide, let us know in the comments below! 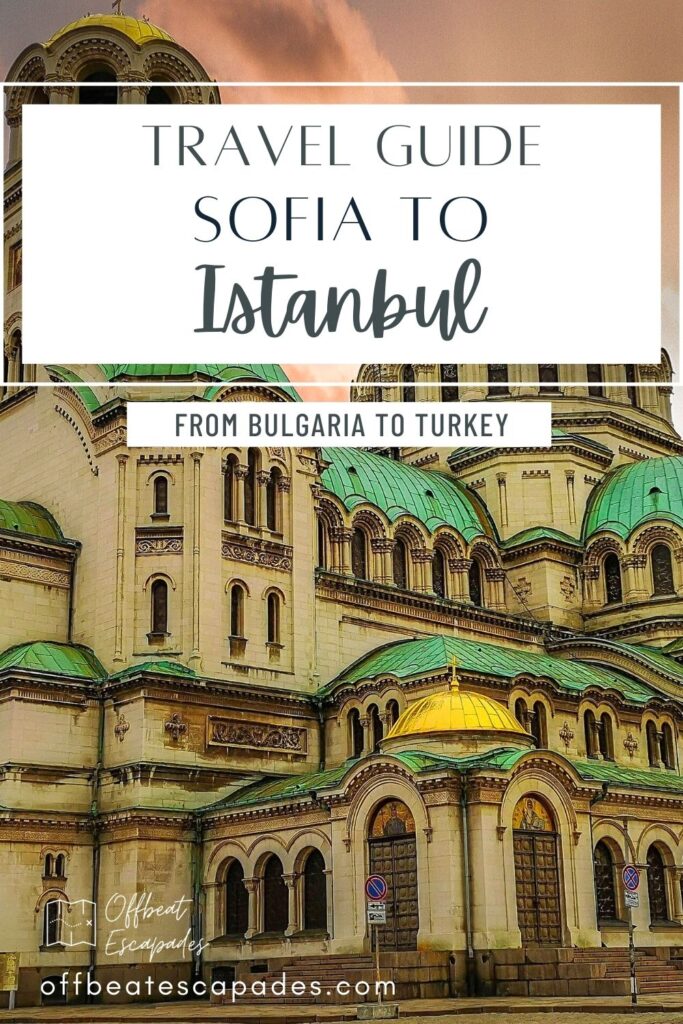 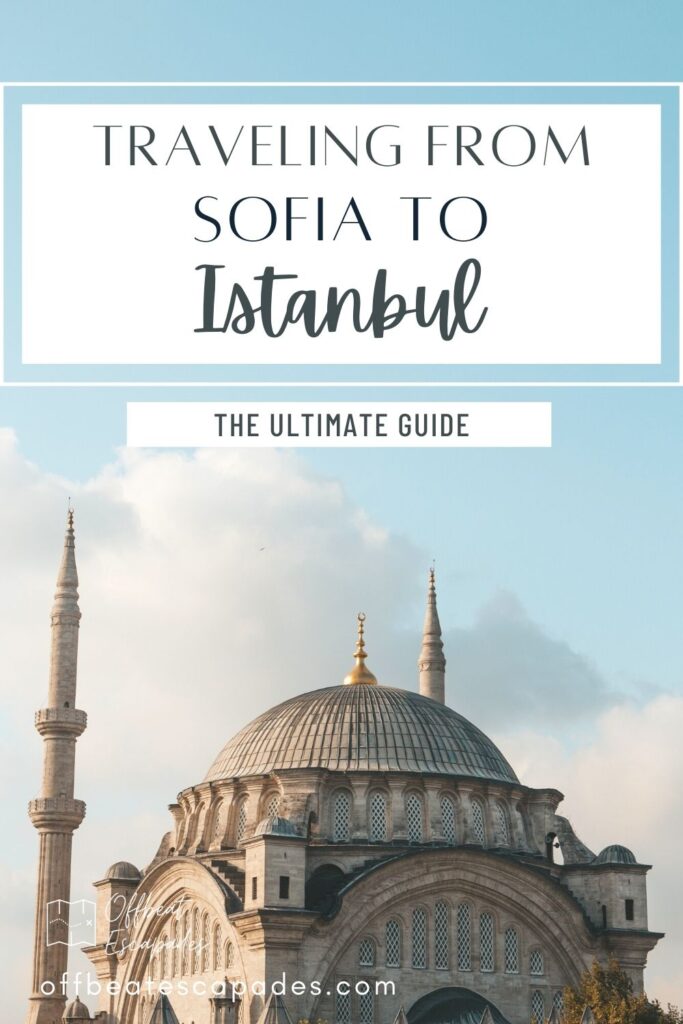