France is known for its magnificent castles spread out across various departments. The most famous one in Loiret located in Val de la Loire, a UNESCO World Heritage Site, is Château de Sully-sur-Loire. This stunning castle is 2 hours away from Paris and features high towers, medieval architecture, and a vast moat along the River Loire. Without a doubt, Château de Sully-sur-Loire is a must-see and feels like stepping into a Disney movie.

This guide will go through the essential points of how to visit Château de Sully-sur-Loire in Loiret, France. 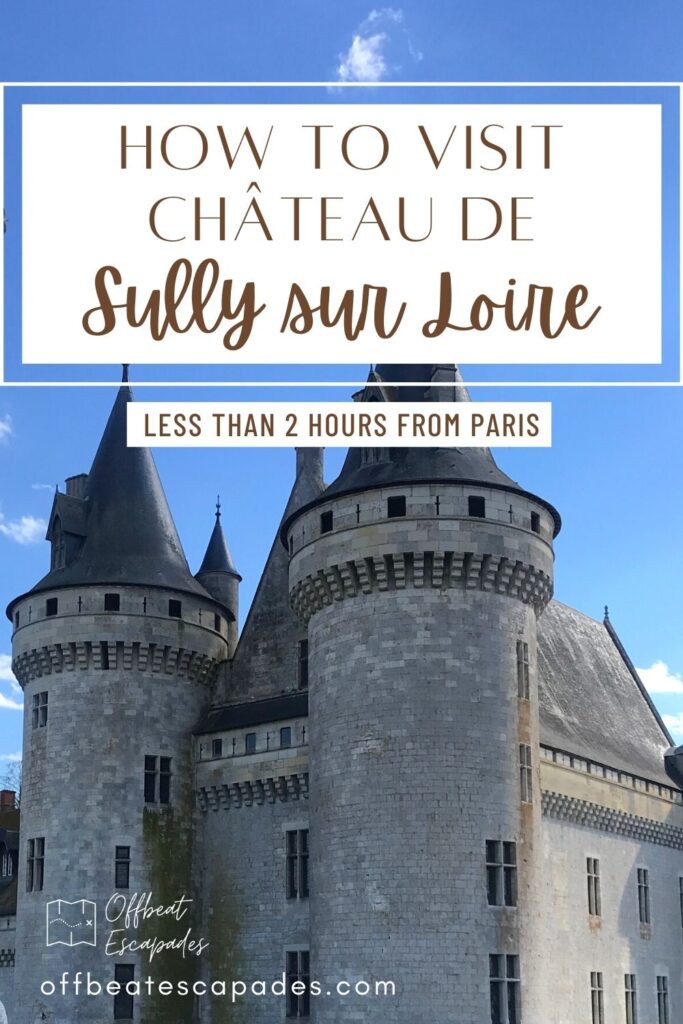 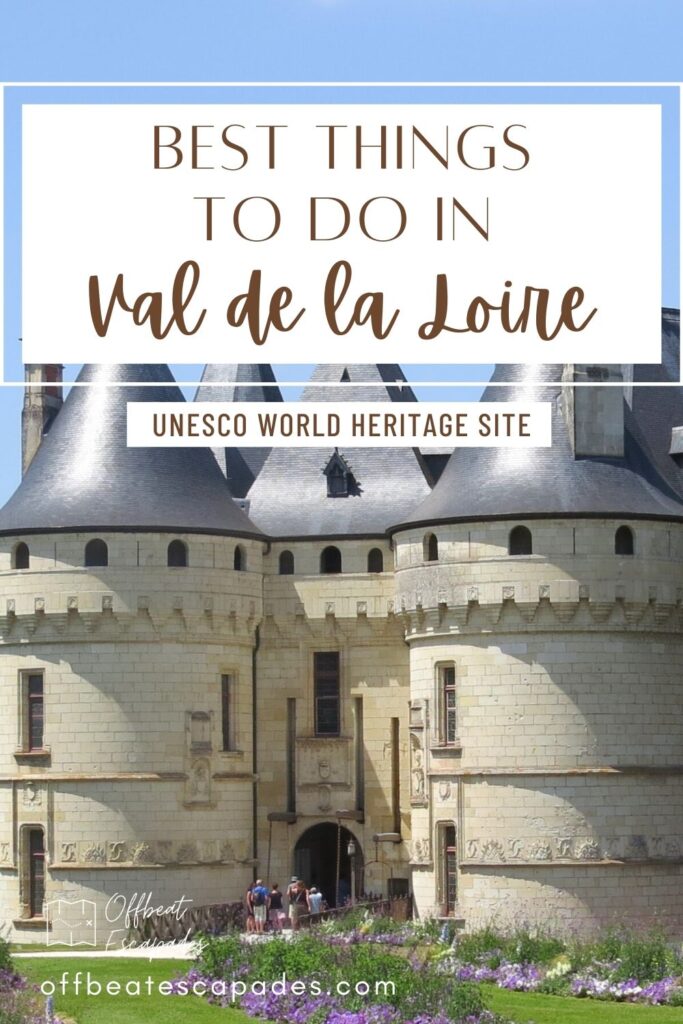 Château de Sully-sur-Loire formerly belonged to the Dukes of Trémouille until the end of the 20th century. It was an important symbol in the town of Sully-Sur-Loire.

Georges de la Trémoille, the original owner of the castle, had actually imprisoned Joan of Arc in the castle when she failed to liberate Paris in 1430. Later, in the sixteenth century this incredible estate became the seat of the first Duke of Sully, also known for being the grand minister of King Henri IV.

For the next four centuries the family of the Duke of Sully inhabited these grounds, welcoming esteemed guests like King Louis XIV, Voltaire, Mazarin, and Anne of Austria. Visiting Château de Sully-sur-Loire gives you a look into the family’s history from the the gallery to the Hall of  Honor, and the tomb of the Duke and his wife.

It was during the time of the French Revolution that the walls of Château Sully-sur-Loire’s were destroyed and went through vast damage. It was left to deteriorate for many years before the state stepped in and did some renovation work.

Château Sully-sur-Loire was subsequently purchased by the Loiret Department in 1962, and in 2006, the castle went through major restoration work before reopening to the public in 2007. 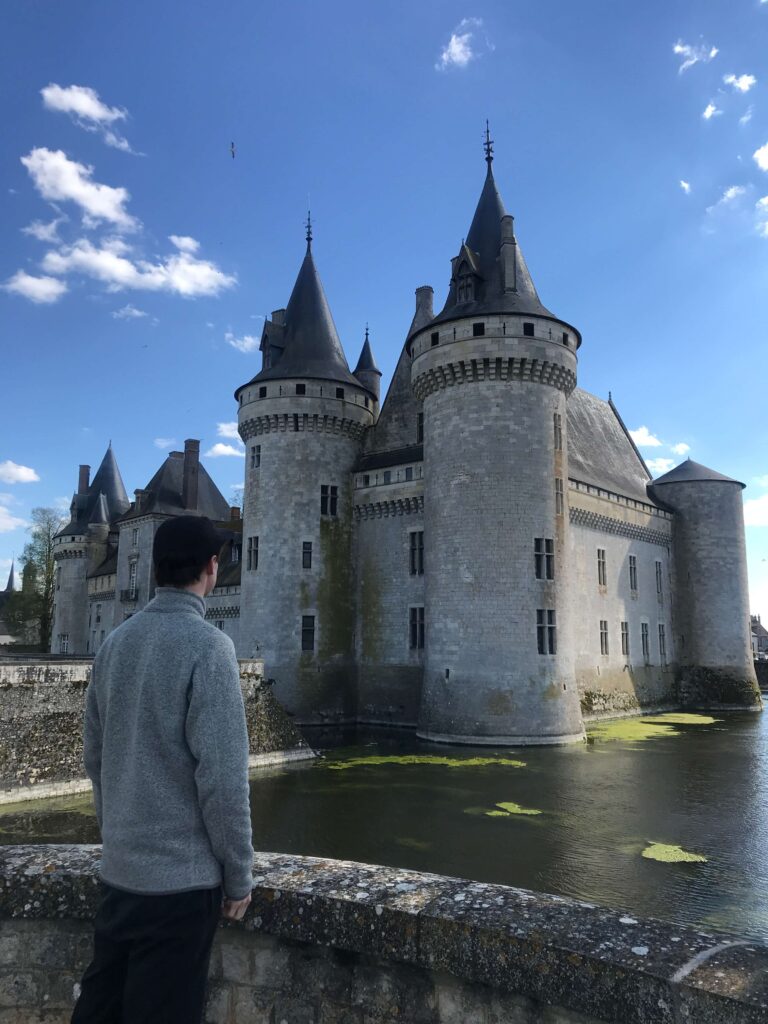 How to Get to Château de Sully-sur-Loire

Travel from Paris to Sully-sur-Loire

There is unfortunately no direct train or bus between Paris and Sully-sur-Loire. The nearest jump-off point, if you can only take public transportation, would be to take the bus from the city of Orleans.

There are TER or Intercites trains from Paris to Orleans that takes about 59 minutes. From Orleans you can take Bus No. 3 to Sully-sur-Loire which also takes another hour. However, take note that there is usually only one bus per day.

Travel to Sully-sur-Loire by Car

Even better is if you have a campervan – there is an Aire de Service provided by the municipality right next to the Château Sully-sur-Loire. The spots are limited but well-marked. We went in May and there were already a lot of camping cars around so we imagine that in the high season, it is even fuller.

Nonetheless, it was a great spot to park. We spent the day taking walks around the town, discovering the castle, and relaxing by the river.

There are also hotels in the surrounding areas, which we discuss later on in this post. 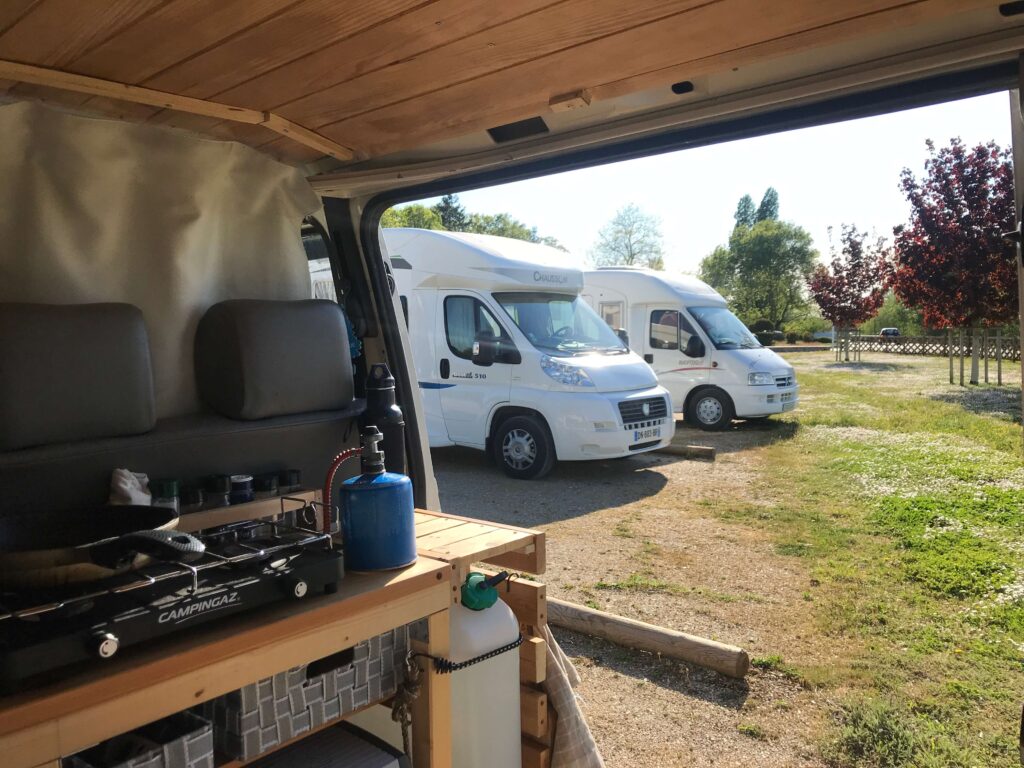 Here is a breakdown of the admissions fees to Château de Sully-sur-Loire, updated as of July 2021:

* Note: Guided Tours are in French.

Things to do in Château de Sully-sur-Loire

What better way to see the landscapes and overall structure of the castle than by walking through its gardens. A walk through the grounds allows you to witness a more far-sighted view of the castle. 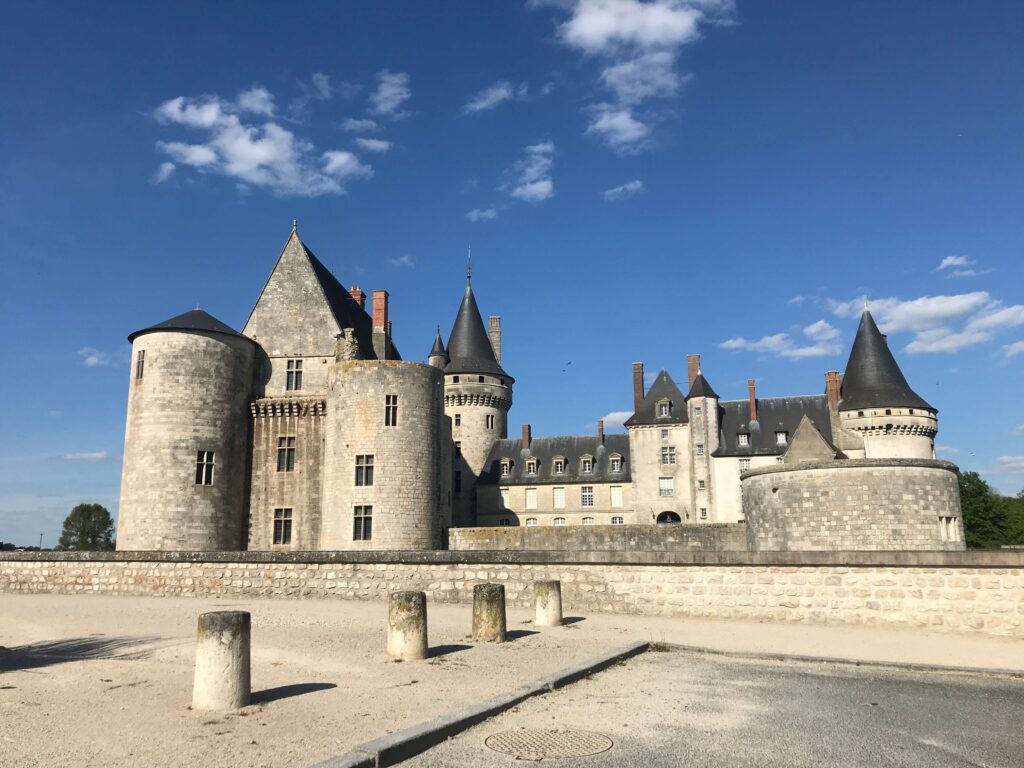 Marvel at the interiors of Château de Sully-sur-Loire

From the barrel-vaulted ceiling, the family gallery, the Hall of Honor, the Sully apartments, and the tombs of the Duke and his wife, the interiors of Château de Sully-sur-Loire are truly impressive.

Walking into the hallways and rooms feels like a trip back into time. You get to really witness the history and personal experiences of the families that inhabited this enchanting castle.

Discover the town of Sully-sur-Loire

The town of Sully-sur-Loire is a small, albeit beautiful one. Filled with cafes, medieval architecture, and cobble-stoned streets, you can tour the town on foot and find yourself amazed by its charm.

The river is also a great place to visit. During the summer, it is a popular beach and swimming spot for locals. 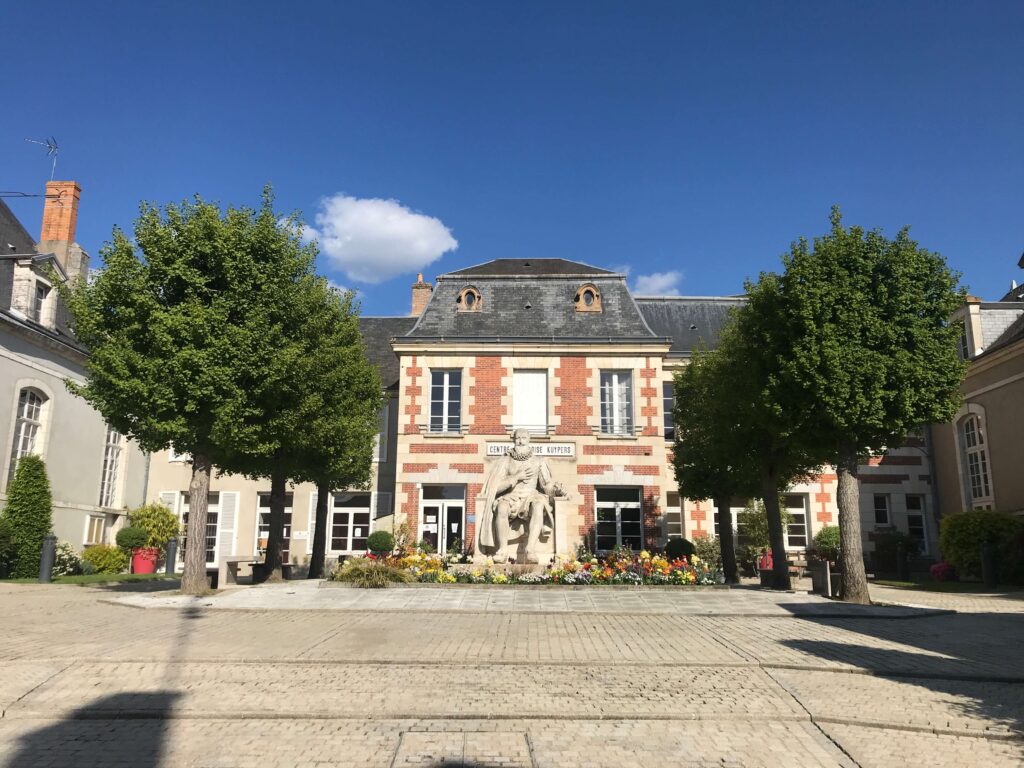 Below we have compiled a few hotels near Château de Sully-sur-Loire. They are all within walking distance to the castle and have a variety of room options from couples to families to big groups.

So there you have it! We hope this helps you figure out how to visit Château de Sully-sur-Loire. This gorgeous estate is what your fairytale dreams are made of. We definitely recommend visiting especially if you’ll have a car to drive around in.

Have you ever been to  Château de Sully-sur-Loire? What was your experience like? Did you feel like you entered a storybook from the beauty of this medieval castle? Let us know your thoughts in the comments below! 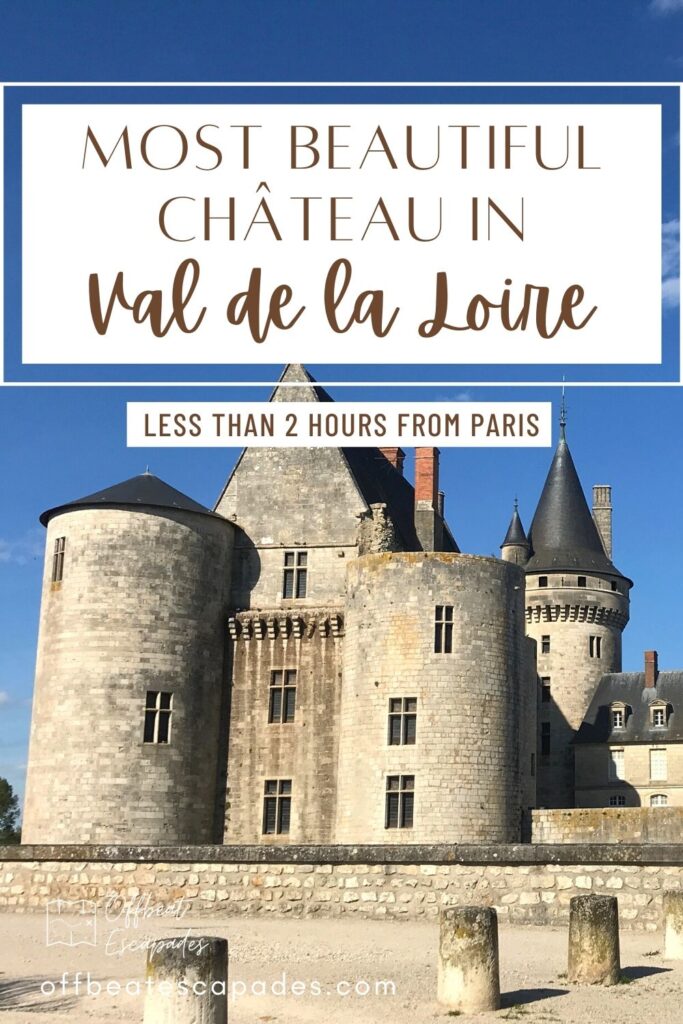 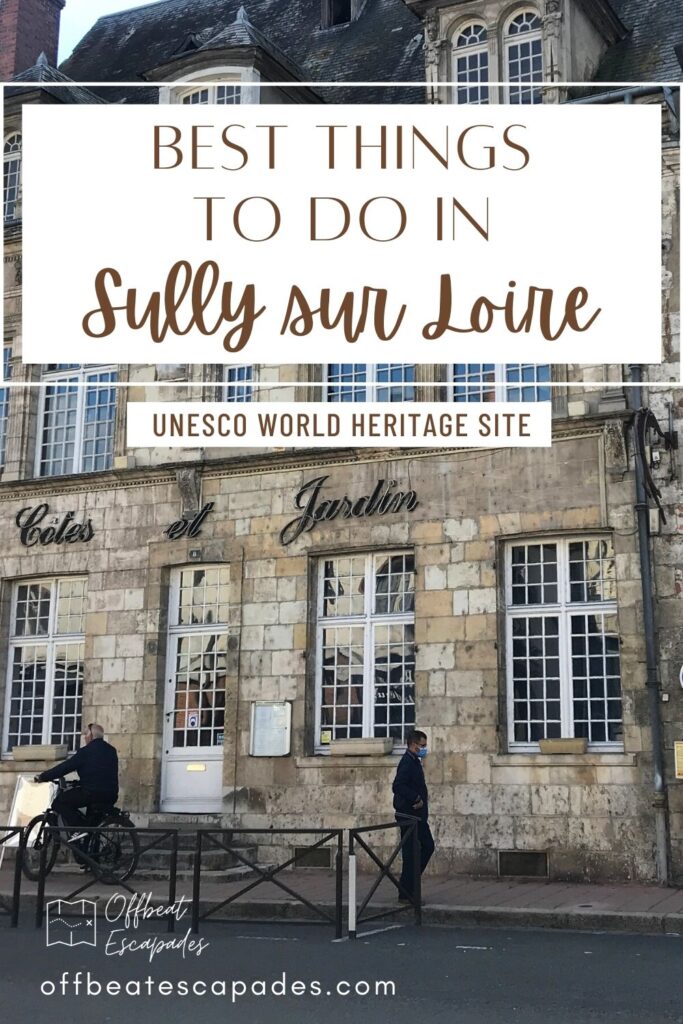 How to Travel from Grenoble to Geneva: 3 Best Ways Explained